On 29 January 1957, 64 children were enrolled in a new infants school on the St Paul’s site under the direction of Sr. Gonzaga and Sr. Agnes from the Mercy convent at Campbell’s Hill. A further 34 children were enrolled in 1958, when Sr M. Boniface was appointed the first principal. Fr Coffey soon saw that the cottage would not be sufficiently large enough to provide school accommodation and he purchased two more blocks of land. He also instigated a thorough fundraising campaign to build a Kindergarten to Year 6 school for the parish. This endeavour saw the plans for a new school with three primary classrooms, an infant’s section, basement, toilets, tuckshop, office and staffroom come to fruition.

On 1 October 1961, the new building was blessed and opened by the Bishop of Maitland, Dr Toohey. The building cost £29 000 and was considered the finest primary school in the diocese. There were 115 students enrolled from Kindergarten to Year 6. In 1962, St Paul's was recognised as a distinct parish and Father Flynn was appointed the first Parish Priest. He remained for 20 years and brought about great development.

On 22 February 1981, Bishop Leo Clarke blessed and opened the new presbytery and infants block. With the arrival of the infants from the Sacred Heart site, St Paul's grew in many ways. John Peel was the new principal. In 1985, John Chambers took over as principal and remained for seven years. In 1993, Michael Stanwell began a six-year principalship. Mr. Doug Ashleigh completed three years as principal in 2001. Mr Andrew Latham commenced his principalship in 2002 and remained for 13 years. Mrs Anne Higgins held the Acting Principal position for 2014. Mr Doug Garnett began his principalship at the start of 2015.

Over 40 years St Paul's has seen many changes. In 1999, on its 25th Anniversary, the Parish Church was beautifully refurbished. In 2001 the Parish Hall that the school regularly used was closed and refurbished by a group of dedicated workers. Rev Deacon John Taylor took up residence in the Presbytery and the leadership team was formed. The Parish hall is now used by YMCA for out-of-school hours care for school families.

In 2005 a new parish moderator priest was announced, Father Brian Mascord, who had the responsibility for Lochinvar, Rutherford, East Maitland, Maitland, Dungog, Gresford and Morpeth.

The high level of housing and commercial development and growth in the local area led to an increasing demand for places at St Paul’s. An exciting building project was commenced on Wednesday 9 May 2007, with a budget of approximately $1 400 000. This project concluded with the opening of the new school premises/amenities on12 September 2008.

In 2011 the school received funds from the government through ‘BER’ for another project, with approximately $2 000 000 being spent on three new classrooms, an upgraded administration block, new library and refurbishment of the infants and primary classrooms. It also included a computer lab and three new withdrawal areas. There are four new separate toilets that face onto the primary playground as well. The school also had SmartBoards installed in each classroom, the library and computer laboratory. The administration area of the school was also refurbished with more room created for the growing numbers of families and staff.

Throughout the school site there were covered link ways and a large, curved COLA constructed to connect the classrooms in the infants area of the school. Whilst there have been many changes influencing the development of St. Paul’s, a very supportive, dynamic and proud school community has developed which is sensitive to individual needs. The school is proud to provide a safe, caring and supportive learning environment where students are encouraged to become life-long learners. 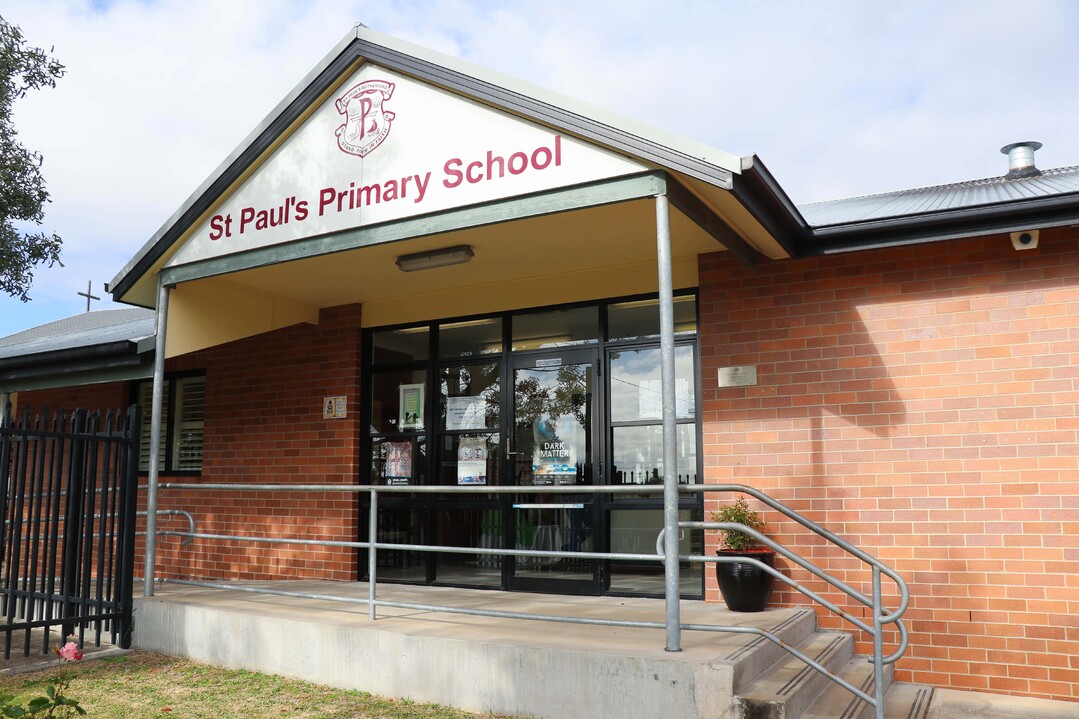